Below is a video released by the Mexican government depicting the subterranean tunnel system discovered in Culiacán, on the 19th,  in a near miss capture of Chapo Guzman.  The tunnels linked seven homes together underground, in a network of tunnels, stairs and storm drains.
The utilization of storm drains provided an exhaust system for the underground system that was used for the  transportation of  people and contraband to the structures above.  Above structures were built as homes but were used both for housing and warehousing.
It was at the home of Chapo's former wife, Griselda Lopez Perez, that authorities executed a raid, and a near miss of capturing Chapo.  Heavy steel doors delayed entry to the home and allowed enough time for the Sinaloa Cartel leader to escape.  In his rush, a bathtub  escape hatch was left askew, drawing the attention of the Mexican navy at the scene.  It was then they opened the lid and discovered stairs leading to the underground system.
Chapo is known for his genius in designing and constructing subterranean tunnels and labs.
In 2013, his former wife Griselda, made a media tour after being placed on the Chapo kingpin list by the United States.  She was indignant and professed the innocence of herself and that of her children. Lopez declared she knew nothing of Chapo or his whereabouts and had not seen him for years. 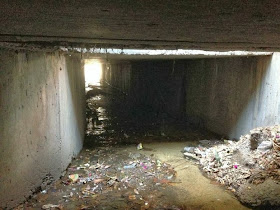 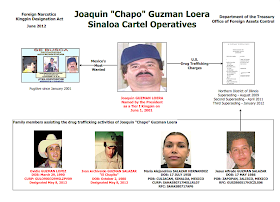