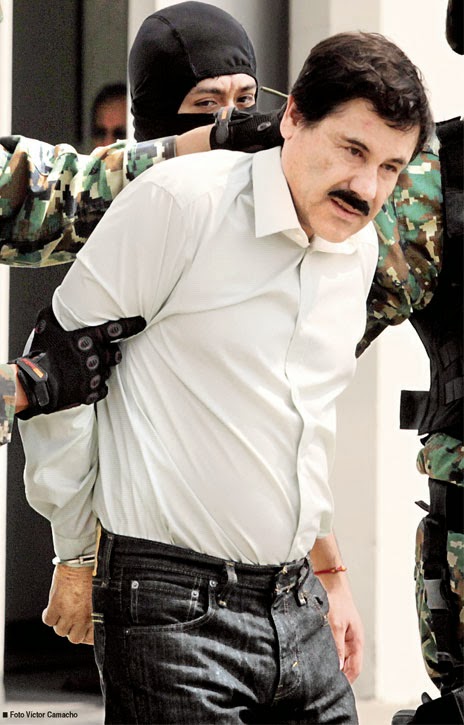 Chapo can thank a satellite phone he  used on Monday that led to his location and capture.  He called a subordinate, requesting help with escaping from Culiacan, where he was hiding in a tunnel.
Based on information from senior officials of the federal government, information originated during  the capture of  Daniel Fernández Domínguez "The Pelacas", arrested on February 12th in Puebla by the Criminal Investigation Agency (AIC) of the PGR and the Navy.
Fernández (in foto below) the  Auguacalientes plaza chief, was once allied with Los Zetas, before switching and becoming  an ally of Chapo.  Fernández had recently spoken with both Guzman and Ismael "El Mayo" Zambada, and had in his procession 20 cell phones had the time of his arrest. 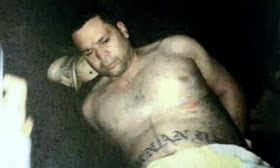 Several of the phones had in their call logs various numbers with area codes of Sinaloa.  Within hours, the Technical Services of the AIC and Naval Intelligence were aware that some of these numbers corresponded to Joel Enrique Romero Sandoval, "El 19", brothers Apolonio El 30" and Cristo Omar "El Cristo", Jesús Andrés Corrales Aztorga "El Bimbo" and  Mario Miguel Pérez Urrea "El Pitaya".
They suspects all belong to the security group of Zambada, led by "El 19."
With this information, the next day the AIC and the Navy stormed the town of Reforma, Sinaloa, where they captured Joel Sandoval and his alleged accomplices.
Corporations of the federal government acquired information using phone data, of addresses, license plates, map links, and restaurants.  They also accessed photographs of the children by using drug trafficker’s social networks.
Two factors were key in reaching “El Chapo":
The first was that one of the members of the group of “el 19” had in one of their cell phones, a cell number, they said, belonged to "El Chapo," leader of the Sinaloa Cartel.
The other crucial fact was that an informant alerted the U.S. Drug Enforcement Agency (DEA) last weekend that "Chapo" and his partner “El Mayo" Zambada would hold a meeting in Culiacan.
One obstacle confronting the PGR and the Navy is that the apparatus used by Guzmán was a satellite phone.  Federal officials said it was at this point the DEA offered technology support, by the use of Geolocators  (device that determines location).
On Monday, the day of the capture of "El 19", the PGR, the Navy and the DEA traced the device.
Thereafter the U.S. accompanied Mexican agencies in the operation.
There was a chance that the capo would dispose rid of his satellite system.
In the initial calls the device was off. But in the passing of the hours, on the same Monday, the cell was activated on during a call. Guzman was asking for help to escape from Culiacán, where he said he was hiding in a tunnel.   His voice was compared to his known voice  and it was positive match. 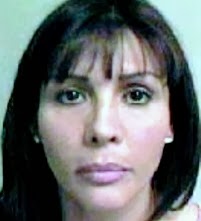 From that time the Navy almost surrounded the Sinaloa capital.   Guzman’s phone was detected in a home in the Libertad colonia, where upon arriving, AIC agents and the navy discovered  tunnels under the bathtub, that interconnected with the drain system which was exposed because the cover  had slipped.  (this occurred at the home of Chapo’s former wife Griselda “Gris” Lopez Perez at left)
The pursuers determined the phone had activated and extinguished several times during the same day. It was only activated when making calls.
On Monday a signal was detected in Mazatlán.  Federal Government waited a few days to study the activities of the phone and be sure Chapo’s location but also worked to study his security circles, including agents of port municipal police.
"Had we will come straight to the puente on Monday or the day before, all that would have been accomplished is a shootout and his fleeing.  In order to be successful, we had to study their security fences and the police without being detected..
"The surveillance continued all week, he was tracked and his actions defined," said a source involved with operation.  The AIC and the Navy noted that "El Chapo" driving a Cherokee sand color with a armor layer 7, the same as the vehicle of U.S. Embassy in Mexico.
When the Mexican authorities arrived at the Miramar condo building in 608 Avenida del Mar, in Cologne Tellería they quickly subdued Carlos Manuel Hoo Ramírez, one of Guzmán's bodyguards, who directed them to the fourth floor condo, and  they quietly making their way to the fourth floor through the elevators and stairs.
At 6:40 AM the navy entered apartment 401 and overcame Guzman Loera.
“He could not believe that we had reached to him, "said an official.
Note: The following is also reported: Once they were at Guzmán's front door, they broke into the condo and stormed the two rooms it had. In one of the rooms was Guzmán, who was laying in his bed, reportedly with a female companion; he tried to resist arrest and grab an AK-47 he had close to him.
Amid the quarrel with the marines, the drug lord was hit four times. By 06:40 a.m., he was arrested, taken to the ground floor, and walked to the condo's parking lot, where the first photos of his capture were taken.