Son Of Celaya Mayor Gunned Down In Celaya, Guanajuato

Guillermo Mendoza Suárez, the son of Celaya mayor Javier Mendoza Márquez, was killed by gunmen while sitting in his car this afternoon. He was ambushed by several attackers around 3 p.m. on the corner of Madero and 2 de Abril streets.

A tight spread of bullet holes is visible in the passenger side window, which could indicate that the shooter was accurate and well trained, or that they were standing nearby when firing. 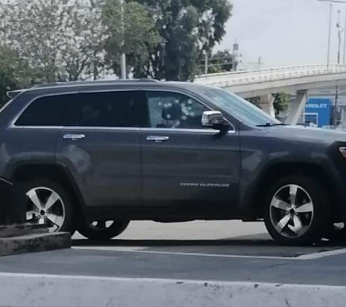 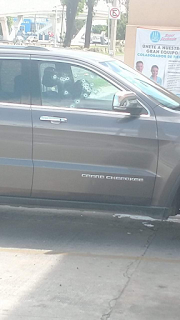 In the hours following the assassination, screenshots of a threat, allegedly from the killers, circulated online. The message threatens the family of the mayor, saying that  his family will be killed until he upholds his end of an existing agreement with the criminal group.

It is important to remember that this message is not confirmed to be real. 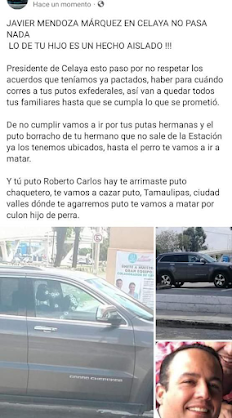 Video of the aftermath shows government forces posted around the cordoned crime scene.

Video posted by Twitter user @ningunalore
On their Twitter account, the Guanajuato Attorney Generals Office extended their condolences to the mayor and notified the public that they are investigating the murder.

The state of Guanajuato is currently the most violent state in Mexico by homicide count, with 1,566 recorded so far this year, just over 10% of the nation's total. This homicide count is driven by conflict between criminal groups.