On August 14, armed members of the autodefensa group 'Los Machetes' released a video blaming another criminal group for the murder of two Tzotzil indigenous men, and asking the government to investigate the matter. They say if the government is not able to bring justice, they will.

The narrator stands in the middle of about 80 heavily armed men, who are wearing balaclavas and black clothing. He addresses local authorities, asking them to investigate the murder of two men earlier this month in San Cristobal de las Casas, saying that they were innocent. The armed men also name and accuse local San Cristobal gangsters of orchestrating and carrying out the attack. According to the Los Machetes, these men are members of local criminal group Los Motonetos, and are responsible for car theft and drug dealing.

"If you are not able to capture these people, we, as an autodefensa will capture them, imposing our own laws. We dont want any more injustice in the town, we want to live in peace and tranquility with the people around us.

We want to announce to Los Motonetos, take note of this message, you should not let people who murder innocents to join you"

The event referenced in the message was a double murder which occurred on August 5, 2022 in the Nueva Esperanza neighborhood in north San Cristobal. The father and son, identified as Javier Ruiz "N" and Jose "N", were killed by gunfire while being chased by assassins on motor bikes, according to El Heraldo de Chiapas. 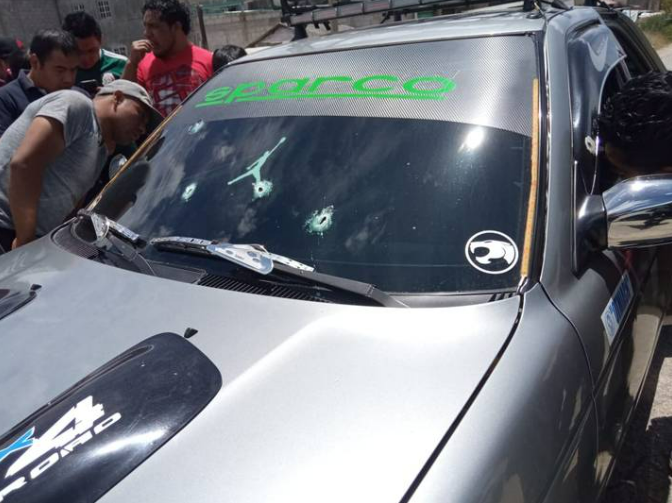 El Machete
InSight Crime reported that Los Machetes first surfaced in July 2021, when they released a video announcing their formation as an armed autodefensa to fight the threat of organized crime in their community of Pantelho. They formed in the wake of violence which forced thousands of indigenous peoples to flee their homes.
Last year, they overthrew the local government of their home municipality of Pantelho, and now self govern. According to local journalist Abraham Jiménez López, there is "no presence of state police, no army, no SEDENA, no national guard, no authority".
Los Motonetos
Los Motonetos, or "The Scooter Gang" is a criminal group which operates in the San Cristobal region. They are involved in extortion, drug dealing, and production of pornography. They frequently travel on motorbikes, according to local news sources.
They reached national headlines earlier this year when a large number of them descended on the northern part of the city, burning vehicles and firing shots into the air, as reported by Borderland Beat.