Six alleged members of CJNG Grupo Delta were arrested in a raid on a safe house in Tenancingo, State of Mexico this afternoon, according to a post on the Secretary of Mexico State Security Twitter account. One kidnapped woman was freed and various tactical equipment was seized. 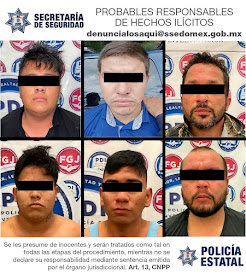 Authorities were investigating several tips they received accusing the gang of being involved in extortion, kidnapping, and cobro de piso. 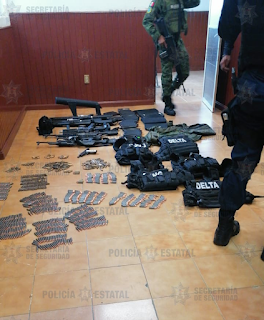 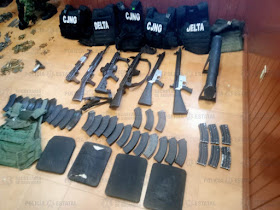 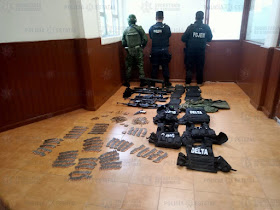 Five of the vests have the words 'CJNG' and 'DELTA' on them, a reference to their particular criminal cell within CJNG.

The Delta cell is a faction within CJNG which surfaced in 2019. They have been behind many high profile attacks such as the killing of the ex governor of Jalisco, Aristoteles Sandoval in December 2020.