US Changes Photo Used Of Joaquín, Son OF El Chapo, On Rewards Poster 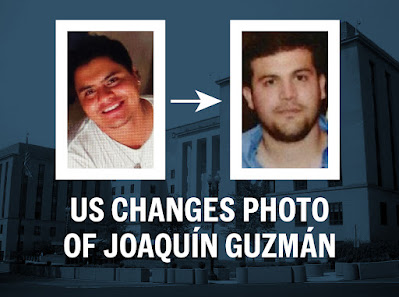 The photo used on the United States state.gov profile for Sinaloa Cartel’s Joaquín Guzmán López has been changed to a new photo.

On December 15, 2021, a press release from US Secretary of State Antony Blinken, announced that a brand new reward of $5 million USD was being offered for information that lead to the arrest of Iván, Jesús, Ovidio, and Joaquín, four of the the sons of Joaquín Guzmán Loera “El Chapo”.

PDFs of the official wanted posters, offered in both English and Spanish, were linked on the profile pages as well.

Many major news outlets, both in the US and in Mexico, covered the new rewards being offered. Of all the information released in the new profiles on Los Chapitos (which is the common shorthand used to refer to the sons of El Chapo who are allegedly involved in drug trafficking) the photo of Joaquín Guzmán Loera stood out.

Prior to the December 16, 2021 State Department release, there were very few photos alleged to depict Joaquín and even fewer news sources verifying these photos. 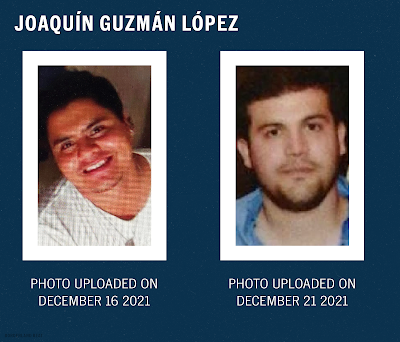 Now, on December 21, 2021, the official photo being used for Joaquín on his NRP profile as well as his official wanted poster has been changed.

The photo that was uploaded on December 16 is alleged to actually depict César Guzmán Salazar, a different son of El Chapo, who is reportedly not involved in drug trafficking.

Previous Use of César's Photo

It should be noted that César Guzmán Salazar has been discussed as a son of El Chapo in various news articles. Multiple news websites had previously identified César using the same photo that was used for Joaquin on December 16.

As just one example, AM newspaper specifically used the same photo in an October 2019 article profiling César and one of his sisters.

In February 2020, he became even more recognized because he was allegedly seen in leaked family photos from the wedding of Grisel Guzmán López, his half sister. Websites such as El Cierre Digital profiled him shortly after the wedding, releasing articles covering César in March 2020 while using the same photo. 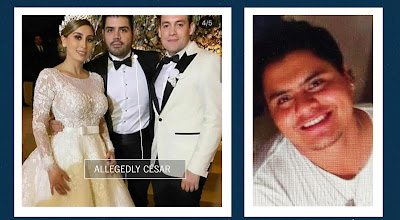 Special thanks to Borderland Beat commenter Elver for the tip about the photo change.