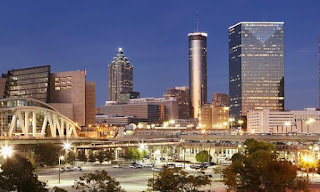 More than 1,600 pounds of meth worth about $4.5 million is off the streets after the DEA busted a meth conversion lab in Ellenwood.

Murphy says the amount that was discovered is a “staggering” amount of methamphetamine. “This was not a mom-and-pop operation,” said Murphy.

Murphy also said that the meth wasn’t intended to stay here, but would “obviously” be shipped up and down the coast.

Several hundred candles were lit inside of the home.

Murphy said they do this to ward off law enforcement.

Murphy also said that such a significant amount of methamphetamine is dangerous.

“This amount of violate chemicals could have been a disaster.”

Murphy says almost a ton of meth was seized from the house.

“It’s not easy for the cartel to get people into the metro Atlanta area that have this skill set. So, these are significant people that we were able to take off,” said Murphy.