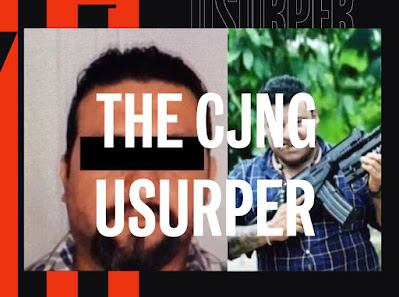 El Pantera is believed to be the CJNG plaza boss for the Chontalpa area, which consists of the four municipalities of Huimanguillo, Cárdenas, Comalcalco and Paraíso, all located in western part of Tabasco state.

El Pantera was recently arrested on September 16, 2021, in the Framboyanes neighborhood of Ciudad del Carmen in the state of Campeche. Soldiers from the National Guard allegedly arrested El Pantera however bizarrely almost no details are currently available on how he was captured. This mystery surrounding his arrest only further adds to intrigue around Pantera’s criminal career as he is considered a kind of usurper, or a cartel-version of Marcus Brutus to the druglord Julius Cesar that was El Kalimba. 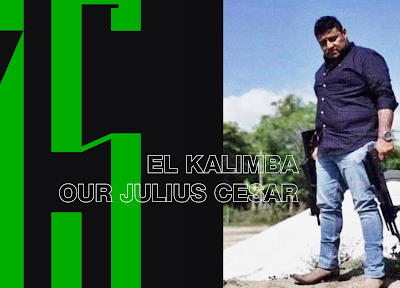 Kalimba had joined Soruyo’s group back in 2009 and rose through its ranks, ultimately becoming Soruyo’s right hand man. 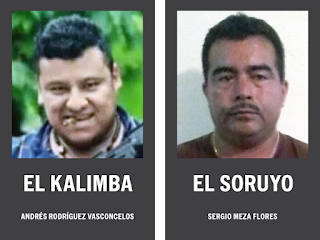 As Soruyo’s top lieutenant, Kalimba was able to develop his own distinct group within the organization and he operated a very profitable criminal empire which engaged in kidnapping, drug trafficking and extortion but was best known for the illicit business of huachuicoleo, which is the theft of fuel through the puncture of pipelines. Proceso magazine writes that “for almost a decade, Rodríguez Vasconcelos led the theft of fuel from Pemex in the Chontalpa region of Tabasco and the South of Veracruz.”

On October 22, 2017, Sergio Meza Flores, alias “El Soruyo” was killed in a gunfight with local authorities and a power struggle began for larger criminal control of Tabasco. El Kalimba reportedly fought hard against other Zeta subordinates of Soruyo who all vied to take him place in leadership.

Kalimba was even (possibly) challenged by El Soruyo’s girlfriend “La Doña”, who made her own bid for control of the group. Some tellings of the cartel dynamics have Kalimba working under La Doña during this time, while other tellings place her as a competitor to Kalimba.

El Kalimba ultimately maintained his power over the fuel theft market of the region through a bloody reign, as at least 200 deaths have been attributed to him in Tabasco, Veracruz, and part of Chiapas since the beginning of his criminal career. El Kalimba often chose to have himself photographed, not covering his face, posing with firearms, mainly assault rifles.

Kalimba’s tendency for violence seemed to grow progressively worse, as in June 2020, Kalimba’s hitmen uploaded videos showing how they had whipped two female “halcones” or hawks (lookouts) as punishment for not having spotted Army soldiers who later carried out an operation in the area. The women were seen in the video to be tied to a pickup truck, making them powerless to escape. They whipped for a sustained period, all while other hitmen recorded the punishment. The footage was later uploaded to social media and caused considerable outrage in the general public. 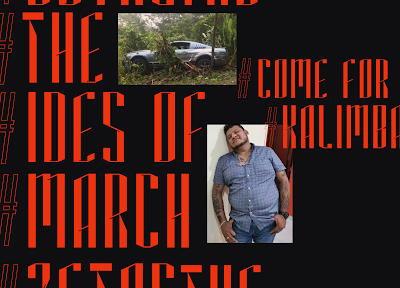 On December 4, 2020, Kalimba was traveling in a Ford Mustang with his bodyguard when unknown individuals ambushed him near La Vencedora ranch on a local road which connects with federal highway 180, located in Huimanguillo municipality.

Kalimba had allegedly been stalked for months prior by unknown men who had been trying to kill him. In Veracruz, he had barely managed to escape a prior ambush in the town of El Pedregal, Las Choapas municipality. A local witness spoke to Presencia, describing Kalimba’s close encounter by saying "He had a shelter on the other side of the river. And in the middle of gaps and roads, he managed to escape with his bodyguards." 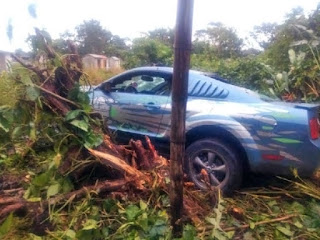 But now the men stalking him had come calling again, this time in Huimanguillo, Tabasco. The attempted ambush on his blue Mustang led to a violent shootout that lasted for several minutes and led to the crash of the Ford Mustang Kalimba was traveling in. The vehicle would later be found with damage from more than 50 bullet holes. Both El Kalimba and his hitman were killed in the ambush. 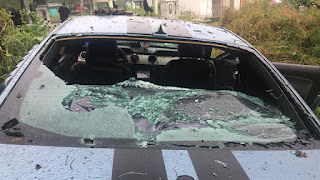 Photographs later emerged on social media and in local WhatsApp groups which showed the two corpses of Kalimba and the bodyguard. These photos show the body of the bodyguard sitting  inside the Mustang, having been sprayed with gunfire that shattered his skull.

At first it was largely reported that El Kalimba was killed by members of security forces, such as the National Guard or police officers, however later it emerged that he had in fact been killed during  a confrontation with another criminal group.

Meanwhile the body of El Kalimba and that of the bodyguard were removed from the crime scene by his executioners. Photos show Kalimba’s  heavily mangled body lying inside the bed of a white pickup truck which presumably drove his remains to a secondary location. 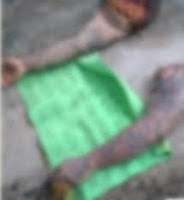 At this secondary location, the hitmen dismembered Kalimba’s body. It was then left in a public display in Palo Mulato alongside a narcomessage sign by "La Barredora", or the cleaner, a title so often employed by cartel groups that it ceases to hold meaning. Comparison of the tattoos found on the remains matched the tattoos that Kalimba was believed to have. Later, the State Attorney General’s Office (FGE) conducted forensic tests which verified the remains belong to Kalimba. 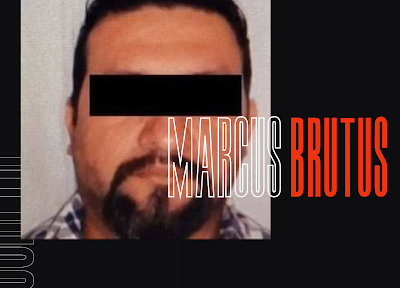 The main suspect behind the execution of Kalimba was none other than his top lieutenant, El Pantera. Pantera was named as the likely culprit by multiple publications such as La Silla Rota, El Heraldo de Tabasco, Tabasco Hoy, La Opinion, Presencia.

Even ministerial authorities named El Pantera as the likely culprit.

In what can only be described as a cartel version of a “PR move”, El Pantera attempted to clean up his image by distributing food donations just five days after the dismemberment of Kalimba, on Christmas, December 25, 2020.

So what contributed to El Pantera betraying his leader so violently, beyond the typical motives of a desire for power?

Well, Tabasco Hoy writes that “according to data from the military intelligence area, El Kalimba’s refusal to align himself with the interests of the CJNG criminal enterprise, which had already started operations in municipalities such as Huimanguillo and Cárdenas, were the reasons that led him to to be removed.”

Allegedly, El Pantera secretly negotiated with the CJNG groups in Veracruz, forming  new agreements and alliances with an unnamed CJNG plaza boss of Coatzacoalcos in Veracruz  who vowed to support him in the initial aftermath of the death of Kalimba.

The new alliance between the CJNG group in Veracruz and Pantera’s local groups of Tabasco ultimately lead to the taking of a huachicol corridor that includes more than 180 pipelines.