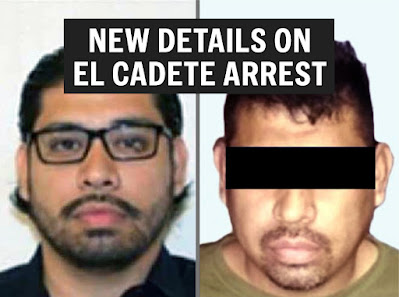 The Special Prosecutor's Office for Organized Crime (FEMDO) confirmed to the press that Cadete was arrested on September 7, 2021 by elements of the Federal Ministerial Police.

This date is very interesting because, as previously covered by Borderland Beat, in the initial aftermath of Cadete’s arrest sources like La Voz de Pueblo  were alleging that El Cadete was arrested on September 6, 2021 and all the subsequent chaos that Cártel del Noreste (CDN) unleashed on the city of Nuevo Laredo, Tamaulipas was in fact in response to his arrest.

However, if this September 7, 2021 arrest date just given by the Special Prosecutor's Office’s is correct, then the two major skirmishes between the Army (SEDENA) and hitmen from CDN occured before Cadete was ever arrested.

It should be remembered that, as directly reported from SEDENA’s own press release, the two skirmishes which left 7 CDN members dead occurred on September 6, 2021.

This new date implies that El Cadete’s arrest came due to security forces cracking down in response to CDN’s violence with the military, rather than as the trigger for said violence.

New details related to his arrest were released in an official press release from the Prosecutor's Office on September 18, 2021. The Special Prosecutor's Office revealed that Cadete was arrested on a property located in Anáhuac, Nuevo León. During the time of his arrest, he was found to be in possession of firearms (as well as a suppressor), ammo, as well as $12,000 USD and $239,000 MXN. 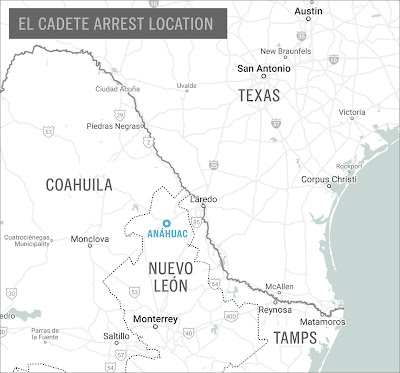 In terms of drugs he was found to have in his possession more than 30 grams of cocaine and more than 980 grams of meth.

The judge granted that El Cadete should be held in preventative detention at a prison located in Tepic, Nayarit.