Yaqui for Borderland Beat from: Vanguardia 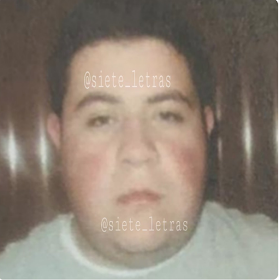 Captured:  ''El Tomate'', hired assassin and extortionist of Unión Tepito in CdMx
It is said that he had surgery to appear thinner


The subject was captured by investigative agents from the Attorney General's Office of Mexico City in the streets of Azcapotzalco.

The subject was captured by agents investigating the Attorney General of Mexico City (PGJ) in streets of Colonia Villas Jardin, in the Municipality of  Azcapotzalco.


"El Tomate" was related to the execution perpetrated by Unión Tepito, on September 14, 2018, when men disguised as mariachis distracted party goers until they were by shot by a group of men that fled on motorcycles from the chelería in Garibaldi Square.

José Mauricio Hernández Gasca, "El Tomate" , alleged hitman and in charge of the collection of extortions for the criminal organization La Unión de Tepito , was arrested by investigative agents of the Attorney General's Office of Mexico City ( PGJ-CDMX ).

Authorities of the institution indicated that the suspect's capture took place in the streets of Villa Jardín neighborhood, Azcapotzalco municipality , based on the follow-ups to dismantle the criminal structure. 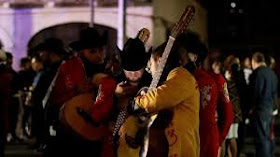 Fake Mariachis at la chelería in Garibaldi Square on Sept 14, 2018

After his apprehension, the detectives transferred him to the Central Prosecutor's Office for Narcotics Crime, and for activities related to that crime. However, "El Tomate" is related to the sextuple execution perpetrated by Unión Tepito, on September 14, 2018, in Plaza Garibaldi , said the sources consulted.

On that occasion, "the victims were assaulted by five individuals who fled on three motorcycles through nearby streets" to the aforementioned square, facts that were recorded in video from the security cameras. 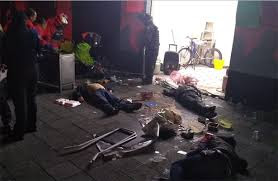 In this attack, the target to be eliminated was Sergio Flores Concha, "El Tortas", the maximum leader of the Anti-Union de Tepito,  the main group antagonistic to the group that at that time commanded Alberto Moyado Esparza , "El Betito" , due to the struggle for the control of various illicit activities. 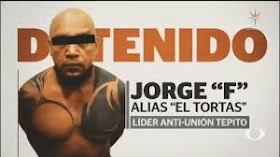 The so-called Garibaldi massacre was the result of a chain of crimes on both sides, including the leader of "El Betito" hit men, Juan Iván Arenas Reyes and Manuel Iván García Llerenas, "El Pulga", shot dead on June 10, 2018, in front of a housing unit in the Colonia Atlampa, Municipality Cuauhtémoc . 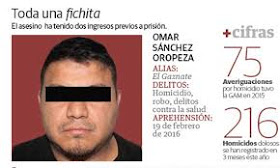 A month before, Omar Sánchez Oropeza, "El Gaznate", another leader of the Union Tepito, suffered an attack and his assailants attacked him with bullets, very close to the Ministry of Public Security (SEP), on Belisario Domínguez Street. 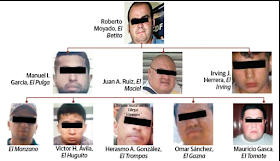 The murder of "El Pulgas (the Flea) who was a right hand to "El Betito", and for whom immediately ordered a hunt against his rival, Sergio Flores Concha, "El Tortas'', and his accomplices, so on June 17, appeared the mutilated bodies of two men on the Puente Insurgentes Norte, in the Nonoalco Tlatelolco housing unit. 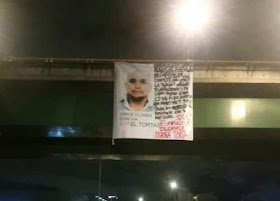 The criminal band of the Union Tepito did not cease in its attempt to finish off "El Tortas" and a day before the Cry of Independence, (El Grito) the assassins of "El Betito, among them, presumably "El Tomate", opened fire on a chelería in Garibaldi, but the objective , "El Tortas" had escaped and six people were left without life and another eight seriously injured. 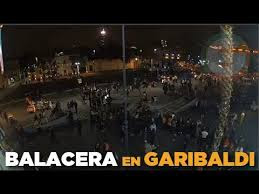 The agent of the Public Prosecutor's Office will request a hearing from a Control Judge, to present the Tomato and make the formal accusation against him, in order that the process be linked.

Check BB's previous posts on these subjects/ topics using the search engine on top;
My latest post on "El Tortas" arrest is here.