El Macaco gunned down 6 weeks after his escape from prison 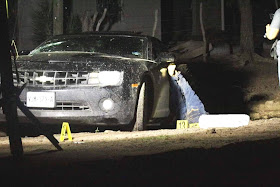 Six weeks after having escaped from the Aguaruto prison (July 22) along with another inmate and two guards, this morning, Carlos Jesús Salmón Higuera, better known as " El Macaco", was shot along with two others who were attacked in the Campo 6 community of the Naranjo Station, authorities revealed, after an anonymous call alerting of a shootout around 3 in the morning.

"The Macaco" member of the Sinaloa Cartel and the Beltran Leyva Organization, escaped on July 22, along with the inmate Julián Grimaldi Paredes, and two custodians, wearing prison uniforms.

It is reported that, "El Macaco" along with two other people were gun downed by impacts from AK-47’s when they were driving through the Naranjo Station, on board a black Chevrolet Camaro.

At the site, the vehicle and bodies had sustained multiple impacts, the bodies  were  outside the car.

" El Macaco" is accused of a military ambush 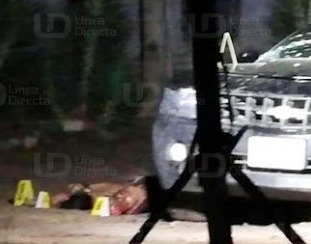 Carlos Jesús Salmón Higuera, alias "El Macaco", is accused of participating in the ambush against ministerial police in El Fuerte, in 2012.

The other escaped inmate is Julián Grimaldi Paredes, who is prosecuted by the events that took place at the north exit of Culiacán in September 2016, where they ambushed military elements.

“Macaco ", was killed along with two other men, identified with the names of José Magdaleno N of 26 years of age and César Alberto N of 24 years of age.