By Lucio R. for Borderland Beat. Material from U.S. D.E.A. agency 2015 report
The information in this report, and maps, reflect data collected by the United States Criminal Task Force (OCDETF)

The report identifies cartel cells operating in the U.S. as:

Presently limited to the West Coast, CJNG has ventured into the U.S., news reports have indicated that CJNG is challenging Sinaloa in some of its areas of influence.

Sinaloa maintains the most significant presence in the United States, dominating the west coast, Northeast and Midwest.

LCT:  continues to traffic through cells and splinter groups.


BLO: Most influence is on the east coast and is responsible for most the heroin in Denver 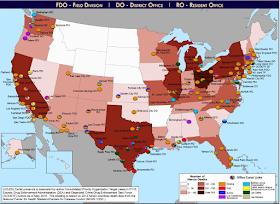 Heroin overdose deaths increased by triple from 2010 to 2013, see OD map above 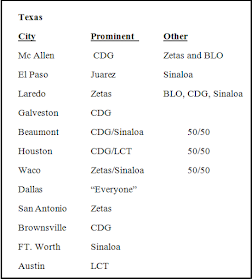