The Arellanos, favourite of the United States

During the last five years, Francisco Javier Arellano Felix is only permitted to leave his solitary confinement to meet prosecutors. The rest of the time he is in his cell 23 hours a day, and is denied contact with any other prisoner. 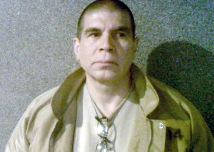 In exchange for details about the structure and functioning of the Cartel Arellano Felix (CAF), Police who were bribed both in Mexico and the United States and other drug traffickers, the youngest of the Arellano Felix brothers was promised to be " properly compensated", and so it turned out.

In November of 2007, he was sentenced to a life sentence by the Judge Larry Alan Burns in the Federal Court of San Diego, California.

Since 2002, "El Tigrillo" had taken control of the activities of the CAF and ordered crimes perpetrated by this criminal organization in Tijuana as well as San Diego. According to the State Prosecutor of South California, " the activities of the cartel gave and destroyed the lives of thousands of people on both sides of the border".

His period at the head of the CAF ended on August the 14th 2006, when he was arrested on his yacht "Dock Holiday" by elements of the US drug enforcement agency (DEA) and the United States Coast Guard.

One year after, in 2007, in his culpability statement, Francisco Javier admitted the crimes of money laundering and organized crime, the last, carries a life sentence according to United States law.

Based on this article, at the request of the Government, the Court may reduce the sentence when the defendant provided substantial support to investigate or prosecute another person for the commission of an offence.

Despite promoting the reduction in the sentence of Francisco Javier, the US Government asked the Court to keep the request as confidential, temporarily. This was to ensure the complete cooperation of the trafficker before he enjoyed any benefit provided by the law.

Six years later in 2014, the prosecutor in charge of the case, asked Judge Burns to make public the reduction of sentence. On the 14th of November 2014, his sentence was reduced from life imprisonment to 282 months, i.e. 23 and a half years.

From narco trafficker to informant 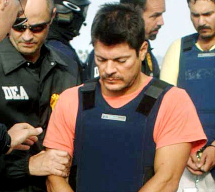 During a five year period, Francisco Javier Arellano Felix, had 25 meetings with Federal Agents, meetings that sometimes ran into days. Confronted with having to serve the rest of his life in prison, the narco trafficker shared information described by a prosecutor as " a dream made reality".

"The Court has no doubt that Mr Arellano offered significant and substantive information that assisted the Government to identify and arrest a large quantity of drug traffickers and corrupt Agents in both this country and Mexico", deliberated Judge Burns.


Additionally, as indicated in a writ held by ZETA, he gave up information on the internal operations, the structure and methods of the cartels deployed in Mexico, and specifically those on the frontier with the United States.

The ex-head of the CAF, agreed to testify against numerous narco traffickers and corrupt Agents, identified and arrested based on information, including documentary evidence, given by Francisco Javier.

The petition for reduction in sentence was supported by the declaration of a prosecutor familiar with the case, advised that the proportional information about narco trafficking was both true and exhaustive.

Not satisfied with a reduction in his sentence, on the 25th of November of 2014, the Lawyer Mark F Adams, representing Francisco Javier, petitioned for a reduction in sentence from 282 months to 47 months, four years.

According to the defence, the US Government was "stingy" in the 40 % reduction in the original sentence. So in June, he promoted a second reduction.

To convince Judge Burns, the Lawyer argued that for the security of his client and to maintain the confidentiality of the meetings, Francisco Javier was transferred to different prisons in a constant manner.

"As a consequence he had less freedom that the other inmates inside the penitentiary system, less opportunity to participate in re-adaption programmes and less visits from his family", explained the Lawyer.

The litigant also petitioned the Judge to consider that with the information provided to the United States Government he is in constant danger.

However, the Court recorded that the crimes committed by Francisco Javier " were abominable, evidencing a lack of conscience, extreme human cruelty and a malignant heart".

It was recorded that the narco trafficker had confessed to having killed numerous people, Judge Burns mentioned that his victims included witnesses of crimes, agents of the Police and also informants "ironically like him", added the Judge.

In how much the CAF gained financially through the sale of cocaine and marijuana, the Court determined that the quantity is incalculable, but it is estimated to be in the hundreds of millions of dollars.

For these motives, on 15th of June 2015, the Judge denied the second petition of reduction in sentence, and he recorded that the object of the life sentence, retired months before, was to prevent the criminal from re-integrating into the activities of the CAF, and for the most part, " to protect society from the future crimes committed by the accused".

"Where are the Arellano Felix brothers?

Since the Court revealed that Francisco Javier was an informant, his registration was omitted in the penitentiary system of the United States. The narco trafficker, 46 years old will leave prison in the year 2030, when he will be 61 years old.

However, his older brother, Eduardo Arellano Felix "El Doctor", will be free before that. The condemned, considered the financial brain of the criminal organization, will leave prison on 19th of November 2021. 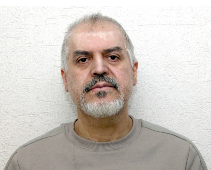 "El Doctor", 58 years old, can be found in Ray Brook Federal Prison in New York, which has a population of 957 prisoners.

The condemned was given 15 years in prison by Judge Larry Burns, and a 50 million dollar fine, that represents the profits obtained in a direct or indirect manner from the trafficking of drugs.

One time freed, Eduardo Arellano Felix had nine years under conditional liberty. In this period, he had to comply with regulations dictated by the Office of Conditional Liberty.

He had to submit to a doping test within 15 days of being released and at least two more tests per month, while reporting to the parole officer of the district where he was released, within 72 hours of being released from prison.

Eduardo was detained in Tijuana in October of 2008 by Federal Agents, and on the 31st of August 2012, he was extradited to the United States. One year after he was sentenced.

The other brother of the Arellano Felix Family, Benjamin, 61 years of age, is imprisoned in Coleman Federal Prison in Florida, and he will leave prison on 6th of February 2033.

Detained in Puebla in 2002, he was extradited to the United States in 2011 in order to be prosecuted for the crimes of narco trafficking and money laundering.

In 2012, he was declared guilty and sentenced to 25 years in prison, also a fine of 100 million dollars, calculated as his profits from narco trafficking.

A number of properties were seized from the Arellano's, nearly all have been protected by amparo or given back to the Arellanos, properties totalling 100's of millions of pesos.

Original article in Spanish at Zetatijuana