COLOMBIA: Arrests Made in Killing of DEA Agent


The Colombian newspaper El Tiempo reported that Watson was a key agent in the arrest and extradition of drug trafficker Hipolito Martínez Felipe González and his network, who operated out of the Gulf of Urabá near Colombia’s northern border with Panama.
Local authorities have said the killing was a express kidnapping. 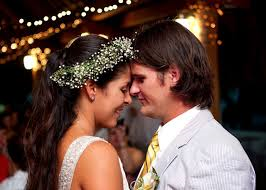 JUNE 25 - (Washington, D.C.) --
The U.S. Drug Enforcement Administration’s statement regarding the arrest of four individuals in connection with the murder of Special Agent Terry Watson in Bogota, Colombia: 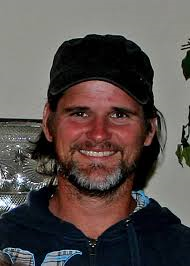 “The Drug Enforcement Administration is grateful for the outstanding work of the Colombian National Police, the Special Investigative Unit and the Attorney General’s Office that led to the swift arrest of these suspects,” said DEA Administrator Michele M. Leonhart.
“We will never forget Special Agent Watson and his sacrifice, as well as all those who have given their lives for the rule of law. We salute the brave and expeditious work of Colombian law enforcement and we look forward to justice being served.”
The body of slain U.S. Drug Enforcement Administration Agent James “Terry” Watson was returned to his Louisiana home following his stabbing last week in Colombia during an aborted robbery attempt. He will be buried tomorrow.
﻿

The following was the press release from the DEA at the time of agent Watson’s murder
DEA Announces Tragic Loss of Special Agent in Colombia
JUNE 21 (WASHINGTON)  - The United States Drug Enforcement Administration (DEA) today announced the tragic loss of Special Agent James “Terry” Watson, who was murdered in what appears to have been a robbery attempt last night in Bogota, Colombia.
At the time of his death, Special Agent Watson was assigned to the DEA Cartagena, Colombia office and was on temporary duty in Bogota. Colombian and U.S. authorities are currently investigating.  No further details are available at this time.

“We are all saddened by this devastating loss of a member of the DEA family,” said DEA Administrator Michele M. Leonhart. “Terry was a brave and talented DEA Special Agent who served our agency for 13 years. These are the worst days for anyone in law enforcement and we grieve Terry’s loss.  Our thoughts and prayers are with Terry’s wife and family, and we will forever carry his memory in our hearts.”
In addition to serving in Colombia, Special Agent Watson has served in Honolulu, Hawaii and San Juan, Puerto Rico. He also served on three deployments to Afghanistan conducting dangerous counter-narcotics missions as a member of DEA’s FAST program.  Prior to his DEA service, Special Agent Watson worked for the U.S. Marshals Service and served in the United States Army.
Chivis Posted at 1:33 PM
Share